A team of students from the Southern University of Science and Technology (SUSTech) recently won the Gold Award and the Best Website Award in China’s first synthetic biology innovation competition, SynBio Challenges 2022.

The competition was sponsored by the Synthetic Biology Branch of the Chinese Society of Bioengineering, which aims to provide a platform for young students to communicate, learn, innovate, create, and cultivate their knowledge in synthetic biology, life sciences, and interdisciplinary disciplines.

Twenty-seven teams from 21 universities and colleges across the country participated in SynBio Challenges 2022, and more than 2.2 million people viewed the event online.

The SUSTech team, titled “SUSTech_Shenzhen_HCL”, was led by Prof. Ho Chun Loong from the Department of Biomedical Engineering as the Principal Investigator, Jun CHEN and Xinyi CHEN as the instructors, and Liqing YU, Songlin SHI, and Yehan WANG as the team leaders.

Cholera is an acute diarrheal illness caused by infection of the intestine with Vibrio cholerae bacteria, which can cause dehydration and death in severe cases.

Through genetic engineering technology, the SUSTech_Shenzhen_HCL team used Lactobacillus and Escherichia coli (E. coli) bacteria as carriers. They developed a probiotic system that can prevent and treat through the group effect between bacteria. As a result, the team won the Gold Award and the Best Website Award. 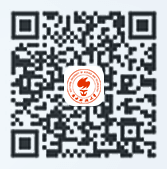